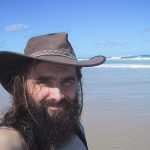 In understanding and designing effective and engaging interaction, we often focus on the moments of interaction the periods of minutes or hours while keystrokes, mouse clicks or finger movements across the screen elicit changing patterns of pixels and bits on computer memory. Yet these moments of actual interaction are part of a larger matrix of days, weeks and years, where periods of direct interaction string together to create larger patterns. This is the territory where user experience design meets service design, and HCI research meets IS. It is familiar to those working in CSCW where asynchronous interactions and workflows naturally take you beyond the system itself not the apparent interstices, that in fact often the activities that interaction is about. The failures at this timescale are often errors of omission rather than commission, the things tardy, forgotten and undone. This is an area beyond the twenty minute user test; where motivation, opportunity and prompts to action, are more important than consistency, feedback and direct usability; where novelty may lie in the assembly of off-the-shelf applications; and success lies in life beyond the screen.

In my personal work with various colleagues I have myself encountered and studied these long-term interactions over many years including trigger analysis for understanding cross-organisational processes, and extended episodic experience. For this talk I'll illustrate with more recent examples including using spreadsheets as interaction elements with musicologists, island community communication and an onion skin model of social and technology experience developed as part of the analysis of my 1000 mile round Wales walk.

Alan Dix is Director of the Computational Foundry at Swansea University. Previously he has spent 10 years in a mix of academic and commercial roles, most recently as Professor in the HCI Centre at the University of Birmingham and Senior Researcher at Talis. He has worked in human-computer interaction research since the mid 1980s, and is the author of one of the major international textbooks on HCI as well as of over 450 research publications from formal methods to design creativity, including some of the earliest papers in the HCI literature on topics such as privacy, mobile interaction, and gender and ethnic bias in intelligent algorithms. Issues of space and time in user interaction have been a long term interest, from his "Myth of the Infinitely Fast Machine" in 1987, to his co-authored book, TouchIT, on physicality in a digital age, due to be published in 2018.

Alan organises a twice-yearly workshop, Tiree Tech Wave, on the small Scottish island where he has lived for 10 years, and where he has been engaged in a number of community research projects relating to heritage, communications, energy use and open data. In 2013, he walked the complete periphery of Wales, over a thousand miles. This was a personal journey, but also a research expedition, exploring the technology needs of the walker and the people along the way. The data from this including 19,000 images, about 150,000 words of geo-tagged text, and many giga-bytes of bio-data is available in the public domain as an 'open science' resource.

Alan's new role at the Computational Foundry has brought him back to his homeland. The Computational Foundry is a 30 million pound initiative to boost computational research in Wales with a strong focus on creating social and economic benefit. Digital technology is at a bifurcation point when it could simply reinforce existing structures of industry, government and health, or could allow us to radically reimagine and transform society. The Foundry is built on the belief that addressing human needs and human values requires and inspires the deepest forms of fundamental science.