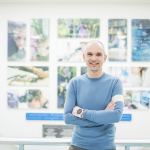 UCLIC Research Seminar 14th November: Matt Jones (University of Swansea) on "Designed in California... Whose future is it anyway? "

Mobile and ubiquitous computing researchers have long imagined future worlds for users in developed regions. Steered by such visions, they have innovated devices and services exploring the value of these with and for individuals, groups and communities. Meanwhile, such radical and long-term explorations are uncommon for what have been termed emergent users; users, that is, for whom advanced technologies are just within grasp. Instead, a driving assumption is, perhaps, that today's high-end mobile technologies will "trickle down" to these user groups in due course.

For the past four years, our team of researchers and partner organisations have started to explore how to do future envisioning that includes emergent communities. We have carried out intensive, coordinated innovation-prototyping-deployment yearly cycles that has seen us work with people from townships in South Africa and informal and slum districts in India and Kenya. These activities have seen the development of a number of novel mobile devices and services that would not have emerged without the insights provided and integrated across these regions.

In this talk, I will explore what mobile technologies might be like if emergent users are directly involved in creating their visions for the future 5-10 years from now; explain and reflect on our methods, highlighting the success and failures; detail some of the platforms and devices we've created; and, argue that such innovation is also vital to re-invigorate mobile design for the "traditional users" (like me) in the rest of the world.

Matt Jones is the author of two books and many research articles that have helped shape the field of Mobile HCI and UX (Mobile Interaction Design - with Gary Marsden; and There's Not an App for That - with Simon Robinson and Gary Marsden).

He has spoken at events with both an arts focus (such as the Hay Book Festival 2017) and the sciences (such as this the British Science Festival 2016 and Interact 2017). He has worked both with academic research groups and industrial partners across the world. His work combines a passion for invention with a commitment to working alongside non-traditional users of mobile technology.

He is a Royal Society Wolfson Research Merit Award Holder (for his work on interactions for resource constrained communities); was awarded an IBM Faculty Award (for work with the Spoken Web); and leads two major UK programmes focussed on human values and computational science (the Research Council UK funded Digital Economy CHERISH Centre; and the Welsh Government/ EU funded Computational Foundry). He has enjoyed being part of the HCI community: he co-chaired ACM CHI 2014; ACM Mobile HCI 2017; and is on the steering committee of both of these conference series. More at: www.undofuture.com