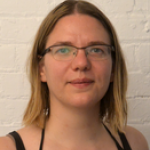 Creating dynamic visual media, such as short animations, creative movies or dynamic illustrations requires artists to edit and manipulate content both in the spatial and temporal dimensions. This extension of visual composition into the temporal domain creates a challenging interaction problem. There is a big divide between spatial interaction that exploits the direct fluidity of sketch-based interface, and temporal interaction that employs the cumbersome and indirect method of key-framing various visual attributes. Achieving quality results with standard approaches remains beyond the ability of unskilled artists who have difficulties with decoupling space and time, and extremely time consuming for experienced ones. This talk will describe challenges of direct spacetime sketching and editing, and present various solutions for consolidating spatial and temporal control through demos of sketch-based and direct manipulation tools for the creation of dynamic and interactive illustrations, direct spacetime painting, and live authoring of streaming video .

Fanny Chevalier is a Research Scientist at Inria, France, where she conducts research in data visualization and human-computer interaction. In particular, she has been interested in addressing the challenges involved in the design, implementation, and evaluation of novel interactive tools supporting visual analytics and creative activities, with primary focus on interactive tools for the visual exploration of rich and complex data, visualization education, the design and perception of animated transitions, and sketch-based interfaces. Prior to joining Inria, Dr. Chevalier was a postdoctoral fellow at the University of Toronto, Ontario College of Art and Design University (OCADU), and Inria-Microsoft joint center in Paris. She obtained her PhD in Computer Science from the Université de Bordeaux in 2007. She is the recipient of an Inria grant for scientific excellence (PEDR) and her research papers have received awards at the premier venues in Human-Computer Interaction (ACM CHI, ACM UIST). Her work on sketch-based animation system from CHI 2014, released by Autodesk as SketchBook Motion has been awarded as the Apple iPad App of the Year for 2016. She has also consistently served in the organising and program committees for ACM CHI, ACM UIST and IEEE Infovis conferences for the past five years. Further information, including publications, videos and demonstrations of her research can be found at www.fannychevalier.net