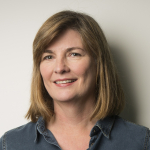 What does the future of work look like in this post-pandemic world? What would we like it to look like? Using a large compendium of research carried out at Microsoft over the past two and a half years on how work is transforming, I will speculate on where we are heading and discuss how human-centred design can help invent a future more aligned with human aspiration. I will sum up some of the highlights of what we learned and some of the fundamental changes that have occurred because of the shift to remote work. I will then examine where we are now, and explain why we are at an inflection point in this era of "hybrid work". I will then look to the future and pose some of the biggest challenges for HCI in shaping the future of work. This includes re-designing our work practices and technology for the new world of work, redefining our goals based on understanding why we work, and expanding our view of work and workers to create a more inclusive, global future of work.

The seminar speaker is visiting UCL. This is a hybrid event where attendees can join either in-person or online via Zoom (https://ucl.zoom.us/j/97501856284).

Abigail Sellen is Distinguished Scientist and Lab Director at Microsoft Research Cambridge in the UK.

At Microsoft Research, Abigail oversees a portfolio of industrial research spanning: the Future of Work, which takes an interdisciplinary approach to designing and developing new productivity technologies that work in partnership with people; Cloud Systems Futures, which aims to invent the infrastructure and systems for the Cloud; and Confidential Computing, which focuses on the design of systems that guarantee strong security and privacy properties to cloud users.

Abigail joined Microsoft in June 2004 from Hewlett Packard Labs, Bristol. She spent 6 years at HP researching many different kinds of topics ranging from appliance design to Web use to mobile technologies. Prior to HP, she spent 7 years at Xerox's research lab in Cambridge UK (EuroPARC), was cross-appointed to the MRC Applied Psychology Unit, Cambridge, and was a Research Fellow at Darwin College, University of Cambridge. Before moving to England, she also worked for other corporate IT labs such as Xerox PARC, Apple Computer, and Bell Northern Research.