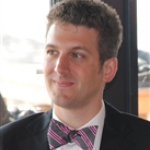 UCLIC Research Seminar 20th of May: Chris Janssen (Utrecht University), Interrupted by Automation? Why and how to account for human behaviour in human-automation interaction settings

Join this seminar here on Zoom

In the past, automated technology was mostly used by trained professionals, in dedicated environments, for specific purposes (e.g., control operators in factories, and pilots of aircraft). At the moment, this is radically changing. Automated technology is used more and more by regular people, for a variety of tasks, and in a wide variety of settings: at home (robot vacuum, temperature control), in the office (smart assistants), and on the move (smart phones, drones, semi-automated cars). A popular misconception is that automation "replaces" humans, and "reduces" the tasks of the human. In this talk, I will discuss why we need to rethink this notion, and instead describe human-automation interaction in terms of a collaboration. I wil then also highlight how insights from the social and cognitive sciences can inform successful system design. Of particular focus will be how theories from the interruption literature can inform human-automation interaction in semi-automated vehicles.

Chris Janssen is an assistant professor (tenured) at Utrecht University (The Netherlands) in experimental psychology. He obtained his BSc in AI (2006) and MSc in Human-Machine Interaction (2008) from The University of Groningen (The Netherlands). He obtained his PhD degree (2012) in Human-Computer Interaction from the UCL Interaction Centre, under supervision of Dr. Duncan Brumby. Before joining Utrecht, Chris worked as a post-doctoral fellow at the Smith-Kettlewell Eye Research Institute in San Francisco.

Chris' research focuses on understanding adaptive human behaviour and human-automation interaction. Of particular interest are human behavior in mulitasking settings, driver distraction, and when interacting with automated system such as autonomous cars. Chris is a member of the board of Utrecht's Masters in Artificial Intelligence, and he leads Utrecht's Special Interest Group in Social and Cognitive Modeling. He is an associate editor of the International Journal of Human-Computer Studies, and served as general chair of the 2019 ACM Auto-UI conference.