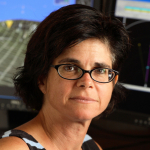 In human-interactive systems, usability is the extent to which an interface supports a specified end user in achieving goals effectively and efficiently in a specified operational environment. Safety-critical, human-interactive systems can have complex internal algorithms and controlled actuators, while end users could have varying procedural goals and activities, perceptions and interpretations of the interface, and motor capabilities that shape behavior. Thus, all interacting elements of the human-system interface must be usable. This includes displays and widgets, including their visual, audible, and haptic properties; control systems, including internal algorithms controlling the system's actuators and displays; configurable hardware, such as cables and batteries; and accompanying documentation, such as user manuals and checklists. A broad range of interactions among them must be considered early in the design cycle, and methods and measures are needed to help ensure usability and identify problems that could emerge for the end user.

Extant formal methods-based frameworks at the intersection of human factors and formal methods have mainly focused on displays, widgets, and control logic as the set of human-system components that shape normative end-user task behavior. Formal verification cation has proven useful for evaluating some aspects of accuracy, understandability, time efficiency, error tolerance, and completeness. However, few researchers have considered documentation; end-user interpretation of audible, visual, and haptic displays; con figurable hardware; and a broad range of interactions among human-interactive system elements. This talk will present new tools that incorporate psychological theory to support highly automated searches for usability problems in the human-system interface. Applications in healthcare will be presented.

ELLEN J. BASS is a Professor and Chair of the Department of Health Systems and Sciences Research in the College of Nursing and Health Professions at Drexel University. She holds a joint appointment in the Department of Information Science in Drexel University's College of Computing and Informatics. She also holds affiliate status in Drexel University's School of Biomedical Engineering, Science and Health Systems. Bass has over 30 years of human-centered systems engineering research and design experience in multiple domains including air transportation and health care. The focus of her research is to develop theories of human performance, quantitative modeling methodologies, and measures that can be used to evaluate human-automation interaction and human-human coordination in the context of total system performance. The outcomes of the research can be used in the systems engineering process: to inform system requirements, procedures, display designs and training interventions and to support system evaluation. She has published over 100 peer-reviewed publications.

Bass is a fellow of the Human Factors and Ergonomics Society. She is a member of the editorial board for the journals Human Factors and IIE Transaction on Occupational Ergonomics and Human Factors. She was the inaugural editor of the IEEE Trans. on Human-Machine Systems. She recently served on the U.S. National Academies of Sciences, Engineering, and Medicine's Board on Human-Systems Integration (BOHSI) and is currently on the Academies' Panel on Human Factors Science at the Army Research Laboratory sponsored by the Army Research Laboratory Technical Assessment Board.