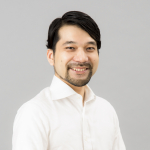 The demographic ratio of people over 65 in Japan recently exceeded 27% in 2016, creating what is being called a "hyper-aged society." Although there are countless challenges posed by an aging population, they can be overcome by the power of ICT. Geron-informatics is a newly coined term for this research field in computer science that encompasses work in which computer-based and interactive technologies are being designed and evaluated to resolve issues posed by hyper-aged societies. One of the major issues is a shrinking number of workforces. However, 80% of Japanese elderly are eager to work after retirement. Maintaining relationships with the surrounding community is also an important factor for improving the quality of life of the elderly and communities. Working at an occupation is one of the simplest ways to sustain social relationships. However, after retirement it is often difficult for senior citizens to find suitable full-time jobs. Their preferable post-retirement working style may be part-time work or working online, situations in which they are often less restricted by working hours or work locations. To realize the less-restricted working style of elderly, we at The University of Tokyo have created a mosaic-type working style system that combines the skills of multiple elderly people to form a single "virtual worker," considering the temporal, spatial, and skill dimensions. In this talk, I will discuss these projects and other empirical research being conducted in Japan on HCI/VR for improving elders' social participation and promoting healthcare activities for the elderly.

Dr. Atsushi Hiyama is a Lecturer in the Research Center for Advanced Science and Technology (RCAST) at The University of Tokyo, where he has been since 2006. He is also a Team Leader in the Center for Advanced Intelligence Project (AIP) at RIKEN. He graduated from the University of Tokyo with a B.Eng. in 2001 and M.Sc. in 2003 in Information Science and Engineering, and received a Ph.D. in Engineering in 2006. His research interests center on designing and implementing augmented reality, ubiquitous computing, and human-robot interaction systems. He introduced the notion of "ubiquitous gaming" in the world's first large-scale application of a ubiquitous computing system for museum guidance at the National Museum of Nature and Science in Tokyo in 2004. His current research is focused on the application of such technologies to support the Japan's hyper-aged society. He invented a fitness-training system for older adults using wearable-based virtual reality and a physical skill transferring system. He is currently promoting the social participation of the elderly through ICT: social networking services, crowdsourcing, and teleworking. He received the Laval Virtual Trophy in 2005 and IFIP Accessibility Award in 2011.