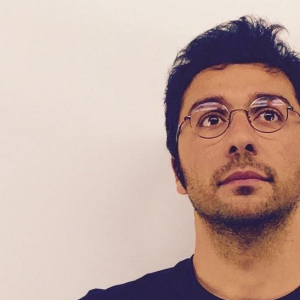 Hamed 's research is focused on the future of human's interactive experiences with built environments. Particularly, he is interested in the engagement of computer science in the evolution of buildings and urban spaces as they increasingly incorporate artificial intelligence, context-aware automation, and interactivity.
What are the specific attributes of building that HCI and Ubicomp researchers should take into account when shifting attention and scale from "artefact" to "architecture", from usability and engagement to occupant comfort across multiple dimensions (e.g., thermal, visual, acoustic, respiratory), and from (often) short lifespan or discretionary to durable and immersive experiences? These and other questions that embody the complexity of our interactive experiences with built environments define the scope of Hamed's research, which he has been developing with the notion of Human-Building Interaction.

Hamed Alavi joined UCLIC, the UCL Interaction Centre as a visiting researcher in April 2018, from the University of Fribourg, Switzerland, where he is a lecturer. He holds a PhD in Computer and Communication Sciences from the Swiss Federal Institute of Technology, Lausanne (EPFL). Hamed's doctoral research contributed to the application of ubiquitous technologies in classroom education, particularly ambient interfaces that can encourage and support collaborative learning.