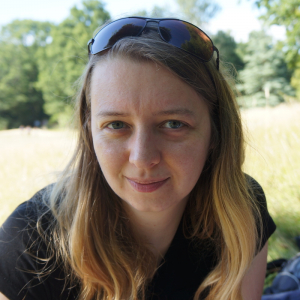 My research investigates how medication adherence technologies, and smartphone apps in particular, could be improved by supporting contextual cues and existing daily routines. Read more about my PhD research. My work is affiliated with the CHI+MED Project.

My research interests include medication adherence, prospective memory, habit formation, and the use of smartphone apps to support health and wellness.

I have background in Computer Science (BSc) and Human-Computer Interaction (MSc). My previous research explored ergonomic issues related to the use of tablet computers in an office environment and I am still interested in mobile devices. My current work focuses on habit formation and behaviour change, and how technology could support them. I'm generally interested in digital health technologies.

I have several years of industry experience. Before starting my PhD, I worked as a Business Intelligence Analyst at a large media company, where I was responsible for data analysis, user research, and usability testing.

Full list of events I spoke at or co-organised can be found on my Lanyrd profile page.